Going with the FLOW

On any given day, I encounter a myriad of emotions in my classroom. A single lovingly crafted lesson may resonate with a particular group of students, propelling them onward towards success, while others in the class may react with anxiety, apathy, or frustration.

This phenomenon, perhaps, was a bit of a mystery in my fledgling years as an educator. However, as I gained experience, I began to see patterns.

However, it wasn't until I was exposed to the ideas of Mihaly Csikszentmihalyi and his idea of "Flow" that I had a tangible expression of these patterns. Education is a constant balance. The great myth is that every student receives a similar education in a particular class. We educators provide the challenge, but as the chart suggests, a fixed challenge may elicit very different reactions in students of varying skill levels.

This is why I believe in differentiation. I don't want students to be bored, apathetic or anxious in my classroom. It isn't even enough for them to be relaxed or in control. In order for each student to grow, they need to be presented with the appropriate high challenge level for their current set of skills. Similarily, if they lack the skills to work on the expected challenge, it is up to me to provide support in building those needed skills.

This is not to say I think differentiation is easy. In fact, I think this is the most difficult aspect of my job. Unfortunately, I also think it is one of the most necessary. In a classroom of 30 kids, it is impossible to get simultaneous flow without differentiation.

We all have experienced flow. We may have called it being "in the zone" or "in the groove," but we recognize the state in which time flies by as we are engaged in something we competently enjoy. Flow is often described as an optimal state of intrinsic motivation.

Wouldn't education be effective if all students worked in an "optimal state of intrinsic motivation"? 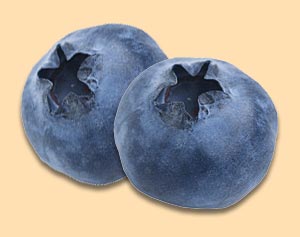 This is a wonderful story for educators and non-educators alike. People so frequently try and project the "business model" onto schools. This model is ill-fitted to the realities of education.

I stood before an auditorium filled with outraged teachers who were becoming angrier by the minute. My speech had entirely consumed their precious 90 minutes of in- service training.

I represented a group of business people dedicated to improving public schools. I was an executive at an ice cream company that became famous in the middle-1980s when People Magazine chose its blueberry flavor as the "Best Ice Cream in America."

I was convinced of two things. First, public schools needed to change; they were archaic selecting and sorting mechanisms designed for the Industrial Age and out of step with the needs of our emerging "knowledge society." Second, educators were a major part of the problem: They resisted change, hunkered down in their feathered nests, protected by tenure and shielded by a bureaucratic monopoly. They needed to look to business. We knew how to produce quality. Zero defects! Total Quality Management! Continuous improvement!

In retrospect, the speech was perfectly balanced—equal parts ignorance and arrogance.

As soon as I finished, a woman's hand shot up. She appeared polite, pleasant. She was, in fact, a razor-edged, veteran high school English teacher who had been waiting to unload.

She began quietly, "We are told, sir, that you manage a company that makes good ice cream."

"Super-premium! Nothing but triple-A." I was on a roll. I never saw the next line coming.

"Mr. Vollmer," she said, leaning forward with a wicked eyebrow raised to the sky, "when you are standing on your receiving dock and you see an inferior shipment of blueberries arrive, what do you do?"

In the silence of that room, I could hear the trap snap. I was dead meat, but I wasn't going to lie.

"That's right!" she barked, "and we can never send back our blueberries. We take them big, small, rich, poor, gifted, exceptional, abused, frightened, confident, homeless, rude, and brilliant. We take them with attention deficit hyperactivity disorder, junior rheumatoid arthritis, and English as their second language. We take them all. Every one. And that, Mr. Vollmer, is why it's not a business. It's school."

In an explosion, all 290 teachers, principals, bus drivers, aides, custodians, and secretaries jumped to their feet and yelled, "Yeah! Blueberries! Blueberries!"

Speaking of NCLB, read another teacher's opinion Of "No Child Left Behind" and Blueberries (2003)

AYP: Are You Preposterous?

On January 8, 2002, President Bush signed into law the No Child Left Behind Act of 2001 (see legislation or wikipedia article). In theory, it is a wonderful proposition focused on stronger accountability, more freedom for states and communities, proven education methods, and more choices for parents.

One of the requirements of NCLB is that by 2013-14 all students meet or exceed state learning standards. In 2001, an average of about 40% of Illinois students met or exceeded state standards. In a high performing district, this might be closer to 85 %.

Schools are held accountable in their entirety, and also within particular sub-groups.

The 9 groups considered for AYP analyses are:

If any one of the 9 groups does not meet the criteria for the AYP indicators: (participation, academic acheivement, attendance, etc...), the entire school is designated as not demonstrating Adequate Yearly Progress. In other words, in 2014, if 100% of your LEP kids, or special education kids, are not meeting or exceeding state standards, your entire school is considered "failing." (There are currently 25% of public schools considered failing in the US... and current AYP goals hover in the 40% range right now.... you predict the trend in the percentage of schools considered failing over the next five years.)

Go figure: In 2003, all special education students had to take the same state test as other students and their scores countes in their school's AYP. Shortly thereafter, the federal gov't relaxed the requirement slightly, and schools are able to exempt up to 1% of their population from taking the standardized test. This means students with severe mental retardation, autism, traumatic brain injuries, and other severe disabilities have the option to "not count" against AYP for a school. (Remember, if one subgroup fails, the entire school is labeled as failing.)

Many people argue that AYP requirements unfairly target large, diverse districts. If you have many subgroups, you have "more chances" to fail. Also, a subgroup must have at least 30 kids to "count," so smaller districts often can work around the requirements.

The consequences for not making AYP can be serious, ranging from giving students the option to transfer to another school (transportation paid for by sending school), to providing extra tutoring, to shutting down the school completely and re-opening it as a charter school or under the direction of a private firm.

By the way, right now, according to a 8.16.06 article on cnn.com, "Under the No Child Left Behind law, states were supposed to have highly qualified teachers in every core academic class by the end of the last [05-06] school year. None made it." In addition, independent studies predict that 99% of public schools will be labeled as "failing" by 2014 due to issues with AYP requirements.

Wow. Nearly a 100% failure rate. I firmly support the ideals promoted but the law, but could it be that NCLB is a bit quixotic?

You know you teach middle school science when...

... you find this on your desk when you return from the copy room.

(Our school mascot is the lion. I'm glad to see the students can use them creatively.)
Posted by C. Mytko at 7:05 PM 1 comment:

Email ThisBlogThis!Share to TwitterShare to FacebookShare to Pinterest
Labels: misc

You'll never know when you're making a difference

Teaching middle school is a funny thing. Year after year, you work with students in perhaps the most tumultuous time of their lives. School sucks. Parents are lame. And all authority is to be challenged. We do our best, then let them go.

Years later, an amazing phenomenon unfolds. Some of them come back. They tell tales of moments amidst the middle school chaos that penetrated their identity-crazed self-obsessed beings and affected their very core. Out of the 226,800 moments of their middle school careers (defining a "moment" as one minute), it never ceases to amaze me which moments earn this influential honor.

A sophomore came back and shared a recent English 2 assignment with me about the pressures she feels in high school. She was not a student I was particularily close to; in fact, I rarely recall exchanging any words with her outside the curriculum.

In her paper, she recalls the first few minutes of ninth period of her 7th grade year, a set of moments that have long escaped my memory. She states in her paper, "I don't remember much of what she said that day, or really anything from that entire year. But that day, she unintentionally taught me the most valuable lesson of my life."

She proceeds to write a verbatim record of my brief statements explaining why I have never experimented with tobacco or drugs. My comments lasted no longer than a minute or two, though, according to her, "my life was drastically changed for the better that first day of seventh grade."

I am aware of my words, actions and reactions every moment of my teaching experiences. Among the clamoring adolescents, I just never know who might be listening.
Posted by C. Mytko at 10:05 AM No comments:

Microbes in the Flesh

On my maiden voyage into blogging, I passed this ship in the night.

Adopt A Microbe - This is the stuff science teachers dream of. Well done!

In fact, I think people underestimate the desirability of micobes in noninfectious forms. Who needs a teddy bear when you can cuddle the Ebola virus at night?

This makes me think fondly of one of my favorite sites, Microbe World, full of microbe news and experiments.
Posted by C. Mytko at 11:53 PM No comments: